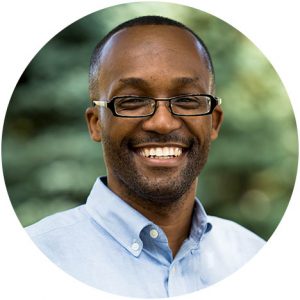 The Reverend Donnell Wyche serves full-time as the Senior Pastor and the Head of Staff. Pastor Donnell joined the Vineyard church in 1997 and joined the staff in 1999 and was ordained in 2004. He grew up in Washington, DC and received his B.A. in computer science from The College of Wooster in Wooster, Ohio and is a graduate of Vineyard Leadership Institute. Passionate about the intersections of race, faith, politics, and technology, Pastor Donnell started out as a Solution Architect at IBM in Southfield, MI. Since then, Pastor Donnell has served as a national task force leader for youth ministry and multi-ethnicity within VineyardUSA. He has led seminars and trainings on becoming culturally competent, transitioning your church to a multi-ethnic church, and has served as a part-time instructor in web technologies at Washtenaw Community College. Pastor Donnell is the president of the board of the InterFaith Council for Peace and Justice and has pursued issues of affordable, fair, and accessible housing as a board member of the Religious Action for Affordable Housing. As a trained computer engineer, Pastor Donnell created, in partnership with the late Phyllis Tickle, the online home of The Divine Hours. His latest technology project is Community Center for Churches, a software tool to help pastors better care for and shepherd their congregants. Pastor Donnell is married to Maria, an early childhood advocate and speech-language pathologist, and together, they are raising three multi-ethnic, spiritually engaged, peace loving, politically aware, woke activists! You can reach Donnell via email or by phone at (734) 477-9135 x115. 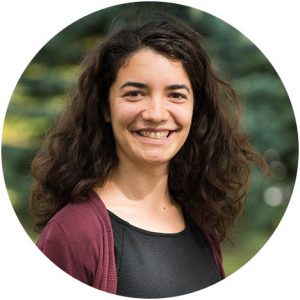 As a small child, Marissa Jadrich Ortiz was introduced to Jesus by a singing donut puppet. Although her mature understanding of the sweet love of Jesus no longer puts her at risk for diabetes, the passing years have only increased her joy in being part of God’s family. She is passionate about caring for children, creative learning, and Jesus-centered community. In her past lives, Marissa has studied Creative Writing and Vocal Performance, taught English and Spanish overseas, tutored middle school students, served an inner-city after school program, and most recently completed her Master of Divinity at Fuller Theological Seminary in Pasadena, CA. Some of the things that make Marissa’s day include playing music with her ukulele and/or friends, writing songs, reading a good book, exploring the nature, and savoring delicious donuts. You can reach Marissa by email or phone at 734-477-9135 x117. 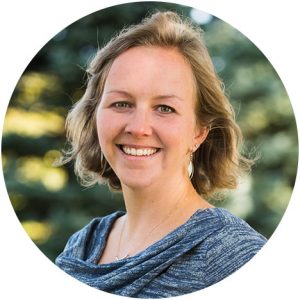 Samantha “Sam” Tidball grew up in west Michigan graduating from Calvin College with a degree in rhetoric communications and youth ministry. In 2008, she got married and moved to Nashville to pursue a career in youth ministry while her husband, Andrew, attended Vanderbilt to earn his PhD in neuroscience. During her time in Nashville, Sam completed a two year certification at the Center for Youth Ministry Training (CYMT) while attending classes at Vanderbilt Divinity School and Memphis Theological Seminary. She spent most of her days in Tennessee reflecting the love of Christ to teens and their families as the youth minister at a United Methodist church. Sam and her husband moved to Ann Arbor after her husband accepted a post-doc position at U of M. They have two kids, Desmond and Briley. She also writes youth curriculum for the United Methodist Publishing House. In her free time, she enjoys blogging, singing, outdoor adventures, family hikes, snowboarding, cross country skiing, softball, and playing ice-hockey for an Ann Arbor rec league. You can reach Sam via email or phone 734 477-9135 x113. 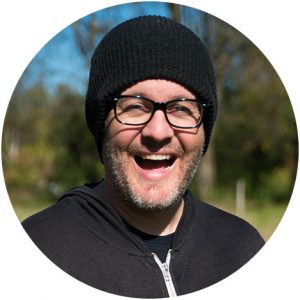 Shaun Garth Walker serves as the church’s Worship Pastor, helping to get as many people worshiping Jesus as much as possible as often as possible. He lives near Depot Town in Ypsilanti with his fabulous wife Mary, along with their four children, Ethan, Sadie, Rosie, and Levi.  Shaun graduated from Eastern Michigan University with a journalism degree, but can be found working most nights of the week at various local bars playing rock music (yup, in various local bars playing rock music). He is also an avid supporter of God’s team, Manchester United. You can reach Shaun via email or phone 734 477-9135 x118. 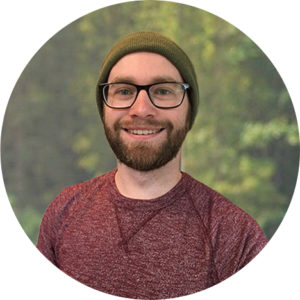 Michael Jadrich Ortiz can usually be found on a Sunday morning running around the building making sure that everything sounds and looks good. He graduated from Greenville College with a Bachelor’s in Audio Engineering and in Spanish, and he later received a Master’s degree from Fuller Theological Seminary in Intercultural Studies with an emphasis in Global Arts and World Religions. When he’s not updating the website or troubleshooting A/V problems, Michael enjoys playing music, tennis, exploring cool restaurants and bars, and many nerdier activities. He also loves playing with his pet rabbit, Willow. If you don’t like how something sounded this past Sunday, you can reach Pastor Shaun. Otherwise, you can contact Michael via email or by phone at 734 477-9135 x112. 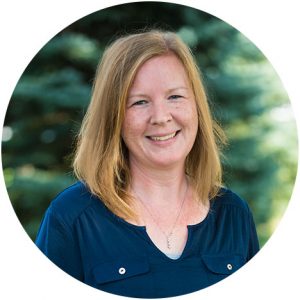 Jesica Ligi serves as the churches Office Administrator. Jesica has been married to her husband, Anthony, for 16 years and together they have three awesome boy; Jacob, Ben, & Nathan, and a bundle of energy goldendoodle named Finn. Jesica grew up in Michigan and absolutely loves it here! Her family has settled themselves in South Lyon (just outside of Washtenaw). She likes to be outside, go camping, plant flowers, read tons of books, take naps, and watch her boys play hockey. She has a Bachelor of Science in Elementary Education from Eastern Michigan University and is excited to be working here at the Vineyard! You can reach Jesica via email or phone (734) 477-9135 x111.

Stay in touch on your favorite social app

You have Successfully Subscribed!

Celebration Times:
Sundays @ 10:45am via livestream